A Brief History of Cloning 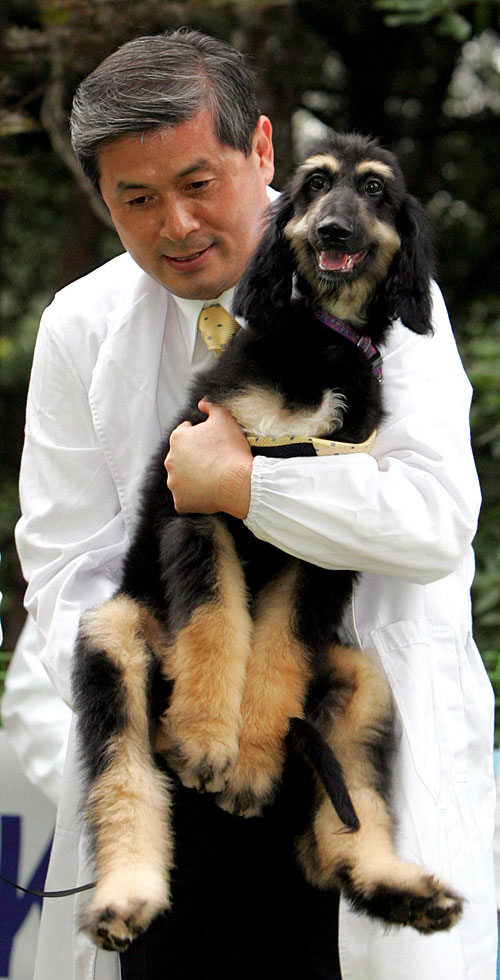 When South Korean scientist Hwang Woo-suk announced the "creation" of Snuppy, the world's first cloned dog, in Nature magazine, he justified his actions by saying that dog clones "could be very valuable in finding technologies useful for curing human diseases".

What a load of crap! We'll swallow anything that promises to cure us of our (often self-inflicted) diseases. We pollute the world and then wonder why cancer rates are soaring!

Then some crackpot tells us that cloning dogs is relevant to our health and we believe him! Heaven help us. We humans are insane.

Anyway, Hwang subsequently started dabbling in human embryos and was later accused of procuring eggs unethically and earlier this year, he was charged with breaching bioethics laws.

Point is, the damage is done!

The naming of cloned animals says a lot about how humans perceive animals and nature ie with utmost disdain and disrespect. Snuppy stands for Seoul National University puppy. The first cloned monkey was named ANDi (inserted DNA spelled backwards). The first cloned cat was Copycat or CC, a name once again that has negative connotations.

The bird flu scare and other so-called threats posed by traditional farming will encourage the masses of the world - who can no longer think for themselves - to look to "better, safer" food supplies from the agricultural-industrial complex. And I can just see the idiot masses of the developed world queueing for their supply of Bush-approved GM cow, sheep and pig meat.
Posted by Kim at 09:35