"Increased temperatures associated with climate change are likely to significantly increase the incidence of civil war in sub-Saharan Africa within the next two decades, according to a new study by US researchers." Source: University World News. Read more ...

I refrain from commenting on this because I would have preferred the research to have been done by African researchers, but I know there is an element of truth in this, because I am hearing warnings from some of the oldest and wisest on the continent. There is no doubt that big change is coming.
Posted by Kim at 15:15 No comments: Links to this post

Zulus to kill bull, whites to lobby for slavery and witch-burning

As a follow up to my post on 2 November: Bull to be torn to pieces in barbaric annual ritual - take action! it was with a certain amount of relief that I read the following piece on Hayibo this week. I really think the piece hits the nail on the head. Satire can be so powerful!
Zulus to kill bull, whites to lobby for slavery and witch-burning
ULUNDI. White South Africans have welcomed a traditional Zulu bull-killing ritual, saying that it opens the door for them to celebrate their own outdated but enjoyable cultural traditions, such as keeping slaves, burning witches and cutting off the heads of royalty. King Goodwill Zwelithini is reportedly "uncomfortable" with this. Read the article on Hayibo.

I am so envious of writers who can be clever and witty about such a tragic issue and yet still get a good message across in the process. I think they get people, who otherwise might not be interested in this issue, to sit up and take notice. That's powerful.
By the way, you can still take action against this outdated, antiquated and brutal so-called "ritual": https://secure.peta.org/site/Advocacy?cmd=display&page=UserAction&id=2649
Posted by Kim at 11:58 No comments: Links to this post

Is towering Dubai about to topple? 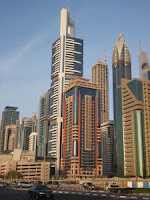 Like the biblical towers, the skyscrapers of Dubai were built with their tops in the heavens and the motivation was ego and greed.
"However, the Tower of Babel was not built for the worship and praise of God, but was instead dedicated to the glory of man, to "make a name" for the builders." Source Wikipedia 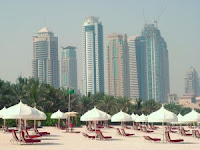 So as I read the headlines this week, I begin to wonder when western civilisation will collapse. All civilisations collapse sooner or later, but in the past two years we have had several scares eg the oil price spike, the collapse of investment banks, the 2008 economic crisis and crash, mortgage madness and bankrupting of entire nations eg Iceland ... and now this week it's Dubai teetering on collapse. 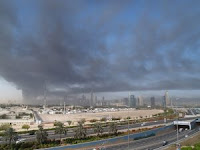 Now I'm not a betting woman, but this one has me interested. The what-if scenarios are mind-boggling. First of all, the markets shuddered and shook this week when the emirate asked creditors of state-owned Dubai World and Nakheel to agree to freeze or pause their billions of dollars of debt.
"Dubai World had $59-billion of liabilities as of August, a large proportion of Dubai's total debt of $80-billion. Nakheel was the builder of three palm shaped islands off Dubai." M&G online
Apparently the banks are worried and international construction firms are waiting with bated breath concerned that "money due from Dubai's grandiose construction projects, including the world's tallest building, would not be paid".
I for one will not be sorry to see an end to the madness tha

t is modern Dubai. Building synthetic islands shaped like palm fronds and encouraging synthetic people to shop themselves to death is not exactly the way forward for humanity. It is depraved. There is a huge amount of oil, energy and other resources required to keep Dubai going. It is crazy creations like this that are sucking the planet dry.
So, will Dubai collapse or not? Only time will tell, but the next couple of weeks will be interesting.
I never thought I would become interested in economics, but in recent years I have become rivetted. Bloomberg reports that Abu Dhabi Commercial Bank may be owed $1.9 billion by Dubai World, making it the largest creditor outside the emirate to the state company seeking to reschedule debt.
Here in SA, Murray and Roberts is pretending to be in control by stating confidently that it will be paid for its work on Dubai airport. Me, I'm not so sure, but hey for the sake of South African employees of M&R, I sure hope so.
I don't want people to lose their jobs. But I really do want us to build a different world to the one we are so feverishly pursuing right now.
The article below paints a wonderful picture of what a job means to some people whose sweat and tears are building the monstrosities that are Dubai, Oman and other middle eastern "delights".
Oman

There was a wonderful first person account on Culture Change last week, about life in Oman, one of the neighbouring countries of the United Arab Emirates. I am sure the picture painted in this article is very similar to life for the poverty-stricken construction workers of Dubai.
Posted by Kim at 10:44 No comments: Links to this post

Members of native tribe clean up civilisation's mess ... yet again:

The irony of this story is not lost on me. Will they ever learn?
Posted by Kim at 20:12 No comments: Links to this post

Author of The Enemy of Nature to speak in SA

Since 2003 Joel Kovel has been Editor of the quarterly journal, Capitalism Nature Socialism. He is the author of many books including:
Joel will speak in Jo'burg and Durban in December.

the event I am interested in is a discussion with Joel Kovel on Eco-Socialism. Discussants include: Trevor Ngwane (THE MAN!); Jackie Cock and Tristen Taylor (EarthLife Africa).

The Wall Street Journal has written about environmentalists criticising a proposed African oil sands project. For those of you who haven't heard of oil sands or tar sands and their impact on the environment, have a look here: 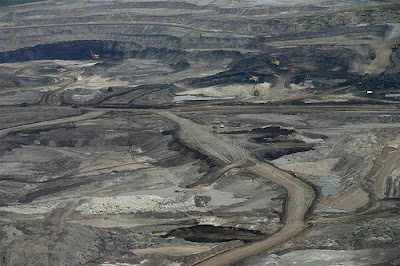 This photo by David Dodge of The Pembina Institute gives an idea of how arboreal forests in Alberta, Canada have been converted into oil sands tailings: www.oilsandswatch.org
More amazing pics here:
http://www.edwardburtynsky.com
Google map of the tailings ponds:
http://maps.google.com

So as planet Earth, our Mother, has the last of the oil sucked from her veins, psychopaths in the mining and oil industry are turning to the world's tar sands to keep our 5 litre, V12 SUVs spewing along. Unfortunately Africa has her share of tar sands and the psychopaths have them in their sights/crosshairs. 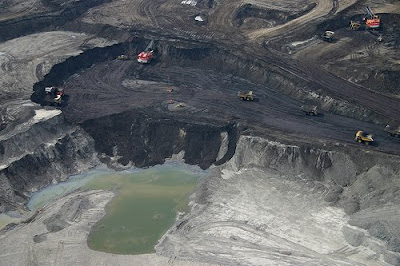 Photo by David Dodge of The Pembina Institute
Even more unfortunately for us Africans, these tar sands are located in or near biodiversity hotspots and ancient tropical rain forests ie our lungs. 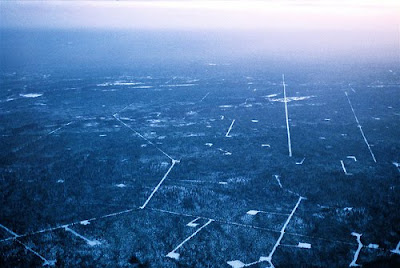 This photo by Dan Woynillowicz of The Pembina Institute shows how
oil sands extraction has fragmented the forests of northern Alberta.
Italian energy behemoth Eni SpA plans to wreak this destruction upon Congo Brazzaville in order to squeeze oil from the tar sands of this country. Environmentalists are warning that this project could endanger one of the world's largest remaining tropical rain forests.
Even the west's Heinrich Boll Foundation, in a study by Congolese human-rights organisations and western researchers, has pointed out the many risks involved.

But there are many guilty parties in the tar sands business, Eni is just one of them Have a look at this article: BP Set To Commit 'The Biggest Environmental Crime in History and this one about KBR: A Halliburton Subsidiary.

Oh and then there's the targeting of environmental activists opposing the oil sands and labeling them - GULP - terrorists: Govt Threatens Tar Sands Activists with Anti-Terror Laws. 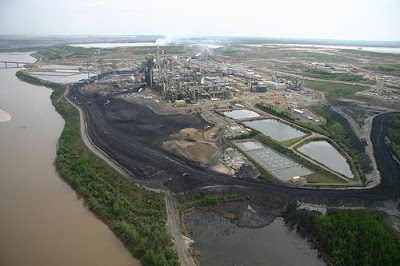 The issue is the polluting and high carbon emission technology used in this form of oil production. It goes against all pretence of global efforts to tackle climate change. Eni's project would be the first time the process of producing synthetic crude from oil sands - a mixture of sand, clay and bitumen - is applied on a large scale outside of Canada. 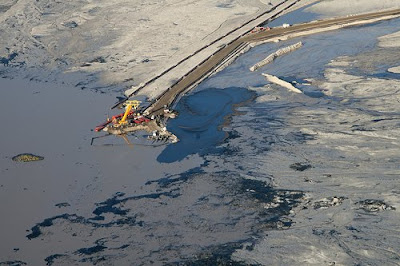 Sadly arboreal rain forests are often also home to indigenous people living in tune with Nature. In the case of the Athabasca tar sands in Canada, the indigenous Athabasca Chipewyan people have been laying their lives on the line trying to fight off the oil and mining giants to save the land but with limited success. Read about their brave efforts here: http://www.ienearth.org/cits

We all need to start fighting like indigenous people to save wilderness areas.

Posted by Kim at 11:41 No comments: Links to this post

Bull to be torn to pieces in barbaric annual ritual - Take Action!

Media coverage:
http://www.timeslive.co.za/sundaytimes/article174665.ece
Posted by Kim at 11:26 No comments: Links to this post