The albatrosses of Midway Atoll

Photographs of dead albatross chicks taken in the Midway Atoll - one of the world’s most remote marine sanctuaries - show stomach contents comprising mostly colourful plastic. The images are stark reminder of the fact the the planet is a closed system and every piece of plastic created will eventually be dumped ... somewhere ... even if it's 4000 km from the nearest continent! 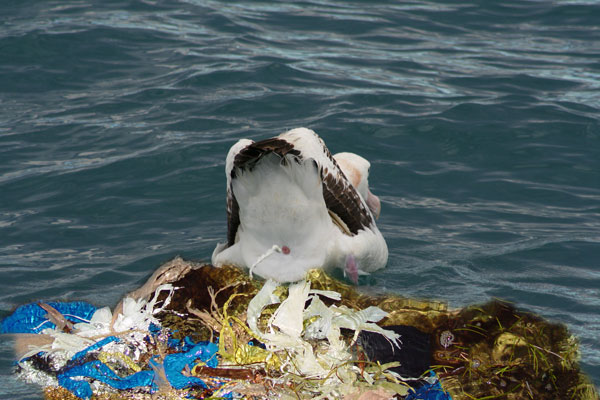 There's copyright on all the pics, so the best way to see these mind-blowing images is to visit Chris Jordan's website: http://www.chrisjordan.com/


An image of an albatross chick with a large red plastic cigarette lighter in its stomach really moved me. This is the new Battle of Midway.

Nesting babies are fed pieces of plastic by their parents, who soar over the North Atlantic collecting what looks like food to them but is actually floating human debris. Every year thousands of albatross chicks die on Midway from starvation, toxicity, and choking.

If you're not yet in tears, let me add that plastic is not the biggest threat to the survival of the Midway albatrosses. That dubious honour goes to longline fishing.