"We once thought economists would fix poverty, political scientists would fix social injustice, chemists and biologists would fix environmental problems, the power of reason would prevail and we would adopt sane policies. I remember looking at maps of rain forest decline in National Geographic in the early 1980s and feeling both alarm and relief – relief because at least the scientists and everyone who reads National Geographic is aware of the problem now, so something surely will be done.

"Nothing was done. Rainforest decline accelerated, along with nearly every other environmental threat that we knew about in 1980. 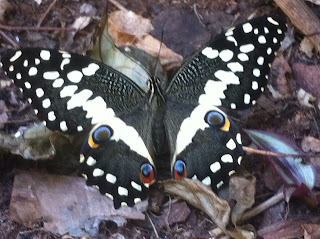 Read the full article on alternet.org

This is the first article I have read in 2013 and I'm so glad it was this one and no other. How beautifully stated. Yes, we need a new story. All of humanity, all people need to rethink their stories of the world, so that we can start to live without fear, without violence, and with love and with respect for all including human animals, non-human animals and nature.